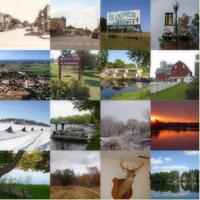 In 1848 a wealthy merchant, named Bloomer, selected this area as the location to build a mill. He brought a workforce with him from Galena, Illinois and started working on a dam and mill. After beginning construction, Bloomer decided to return home to Galena and sold the property. The Village of Bloomer was settled in 1855. A founding father of the community was Sylvester Van Loon, who settled in the village in 1855. The Village was located on Duncan Creek, fifteen miles north of Chippewa Falls. It was first known as Vanville, but later it was changed to Bloomer.

The first post office opened in 1856 and Mr. Van Loon was elected as the first postmaster. The railroad opened in 1882. The telephone system was introduced in 1901, electric lights in 1902 and waterworks in 1907. The first school originated in log building in 1887.

The Congregational church was organized in 1866. St. Paul’s Catholic Church was built in 1876. St. John’s Lutheran Church was erected in 1881. 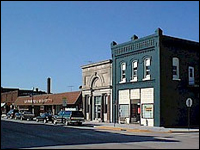 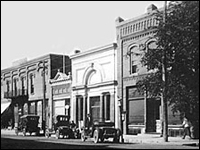 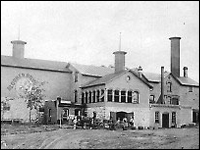 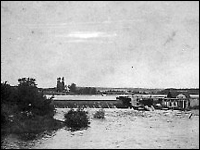 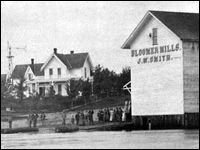